After nearly half a century of service to the local government sector, Noosa Shire Council’s Workplace Health & Safety Advisor Peter Robinson’s retirement is fast approaching. We farewell a much-loved member of the Noosa Council and Queensland Workplace Health and Safety (WHS) family. 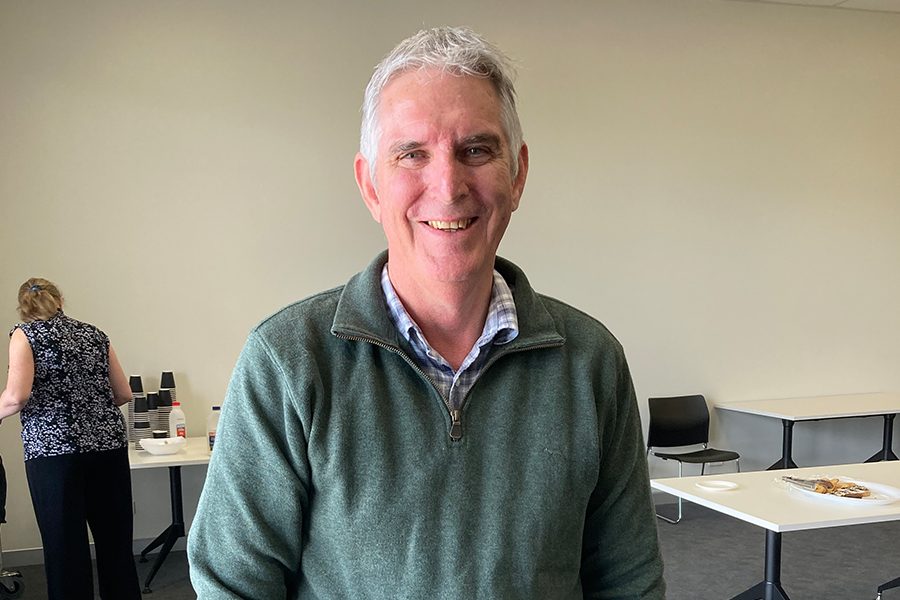 Peter Robinson had been working in New South Wales local government for 20 years before he married a Queenslander in 1993 and took up the job as Kingaroy Shire Council’s Technical Officer.

After a couple of years designing roads and water systems, he was approached by his director and asked to take on the role of a part-time workplace health and safety officer. It soon became his full-time role at Kingaroy Shire Council, which became South Burnett Regional Council in the 2008 amalgamations, before taking up post at Noosa in 2016.

Peter says that when he started working in local government, there was very little to no work health and safety in place.

“It was considered the norm to enter a confined space without using a gas detector or even work on busy roads with little to no signage,” Peter says.

But working in Queensland in the early 1990s, he says he saw a push by Workplace Health and Safety Queensland to ensure that safety was firmly on the agenda. That said, Peter adds it was very prescriptive back then.

“[WHS] did not focus on the risk assessment process or consultation,” Peter says.

“Most councils at that time had very basic WHS systems although ideas and procedures were sometimes shared among neighboring councils or consultative groups.

“It wasn’t until Local Government Workcare was formed in 1998 that things started improving for self-insured councils.

“Councils now had access to resources and technical help.

“Other changes over the years that have led to improvements in safety include consultation, the risk assessment process and the obligations of workers and management to ensure a safe and healthy workplace.”

When asked what the key lessons he’s learned throughout the years are, Peter says a work health and safety professional must never think they have all the answers.

“I myself have never stopped learning from workers and the information they have to share,” Peter says.

“Another key lesson I’ve learned is never ignore a hazard you may observe.

“You may be tempted to look the other way, but imagine how you would feel if someone was injured because of your inaction.

“Approach those in control of the hazard in a conciliatory way and come up with a solution.”

Peter adds that for work health and safety to improve, there needs to be a culture of open communication right through the organisation.

“I think all of us understand the importance and necessity of work health and safety, however, sometimes we take shortcuts for a variety of reasons.

“These shortcuts are sometimes due to time constraints, lack of training and so on, however, they are often due to poor communication between workers and their supervisors.

“Workers and management need to be encouraged and feel comfortable with speaking up, especially when they have that gut feeling that something isn’t quite right with the job.”

Peter points out two particular highlights of his long career, the first being the sheer variety of work the job presents, and the second being the people he’s met along the way.

“The system inherited from the Sunshine Coast Council de-amalgamation has been transformed, customised and implemented well across Council,” Adam says.

His successor to the role at Noosa, Daniel Clark, joined Council in late 2021, which gave him the opportunity to learn the role directly from Peter.

“Pete has brought the Council to a space where he and Council can be proud,” Daniel, or Dan, says.

“I come from a police forensic background, then safety management for a number of years, but the … transition into local government has been made a painless process due to Pete’s calm nature, professionalism, and most importantly his willingness to assist and pass on his knowledge, as that part has to be a conscious choice.”

Peter is well-regarded for his wealth of knowledge sector-wide with LGW Manager – Workplace Health and Safety Peter Gould saying Peter’s kind and calm approach to his work will leave a legacy for health and safety in the local government industry.

“Peter Robinson has made a significant contribution to the health and safety of local government workers over his decades of service at three of Queensland’s local governments,” Peter Gould said.

“Pete has always been such a generous, unassuming and quiet achiever,” Angela said.

“He has managed to make such a positive difference and will most certainly be missed by our cohort of local government safety professionals.”

After working in local government for 49 years, Peter says he’s looking forward to his retirement and the extra time it will allow for travel, “using that gym membership” and spending more time with family.

“My wife and I plan to go back to Kingaroy for a short period and renovate the house we have there,” Peter says.

“Following this, we are hopefully moving to Hervey Bay.

“In September 2023, we are going to Canada to visit our friends in Ottawa.”

It goes without saying, but, safe travels Peter.